Complete Beginners Guide To Get Started With Laser Cutting

With laser cutters, a variety of objects are produced. The business can be as simple as engraving a box or as complex as building three-dimensional objects.

The scope of this guide for beginning laser cutter users is to explain how a laser cutter works, give examples of things that can get made with a laser, and show you how to design for laser cutting and engraving. Additionally, you’ll learn what materials you can use and how you can obtain a laser cutter.

What is a laser cutter?

The term “Laser” refers to “Light Amplification by Stimulated Emission of Radiation” and the technology was created in the 1960s. The computer-controlled laser cutters can cut or engrave materials precisely using a laser beam. Lasers essentially focus on highly amplified light.

Laser beams cause localized burning, melting, and vaporization of the material. Lasers can cut various materials depending on their power and type.

Several types of laser cutters are available. As a result of being most commonly used by hobbyists and small businesses, this guide focuses primarily on gas lasers and CO2 lasers.

Some other lasers are fiber lasers or crystal lasers, generally used for industrial purposes. Wood, paper, acrylic, textiles, and leather can all be cut and engraved with CO2 laser cutters.

In what way does a laser cutter work?

With a laser cutter, you can do what you want?

Laser cutting works on the three aspects of marking, cutting, and graving.

After the workpiece is marked, a marking solution is applied. Engraving takes place once the marking solution has dried. The heat bonds the solution to the metal during the laser process, which is permanent.

When using the laser cutter for the graving process, the laser beam removes the top material instead of cutting the material wholly.

The laser beam cuts through the workpiece when it passes through all its layers. Laser cuts are significant for precise work. Each material produces a different edge appearance.

As compared to sublimation, melting is more energy efficient. About a tenth as much energy is needed for sublimating laser cutting.

We can use the reacting process for oxidized metals, carbon steels and other titanium steels.

The laser is used to create a kerf of about a third the thickness of the material. Once a kerf is created, localized stresses are induced. The force surrounding the spot creates a small spot of heat. It slightly cools as the heat passes through the region, creating thermal stress. Thermal stress is generated in some designs with the help of coolants.

Which kinds of materials do not lend themselves to laser cutting?

Lasers should never be used to process some materials since they can produce toxic gases and dust. These substances can also cause damage to the laser. It includes :

What is the standard application for the laser cutter?

The market size for laser cutting machines has been increasing consistently, on average 10% per year, because of the high number of industries serviced by laser cutting suppliers (“Laser Cutting Machines Market Size Worth $6.72 Billion By 2024”).

Laser-cut parts are frequently used in many fields and applications, including laser technology has low setup costs, fast turnaround times, and flexibility in low and medium volume production.

Merits of laser cutting over technologies

A laser cutter has many advantages over other cutting technologies, such as mechanical die punching, sawing, plasma cutting and waterjet cutting. Listed below are some of these advantages:

Compared to other cutting technologies, such as die punching, sawing, plasma cutting, and waterjet cutting, laser cutting offers many advantages. A few examples are as follows:

Having completed your design, you can proceed to the final step of laser cutting. A laser cutter is a mighty machine. Although they can be great tools, they can also be hazardous, so let me warn you first.

Ensure you understand all the safety instructions for the laser cutter before you use it.

In addition, CO2 laser wavelengths originate in the Infra-Red part of the light spectrum, so human eyes cannot see them.  Laser machining uses an intense, coherent stream of light to cut through the material instead of using traditional machining methods. 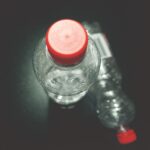 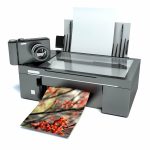 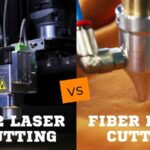 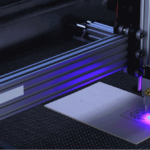 Advantages and Disadvantages of laser cutting 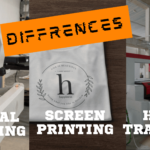 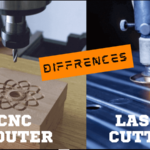 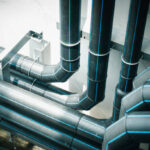 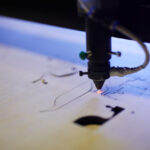 Best Wood For Laser Cutting in 2021 and Beyond 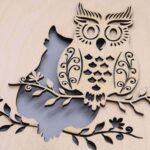 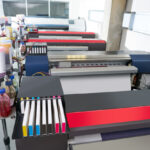 Advantages and Disadvantages of Digital Printing